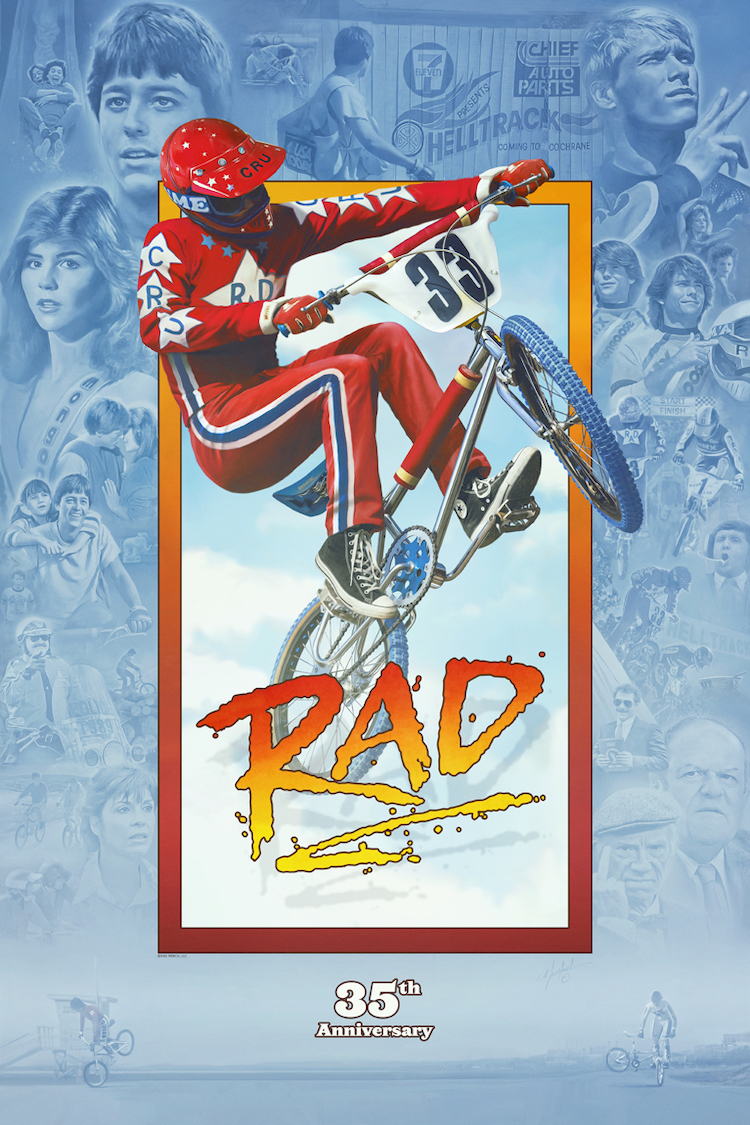 The RAD film was originally released in 1986 and helped bring BMX to the mainstream. In case you’re not familiar with the cult-BMX-classic by Hal Needham (Smokey and the Bandit). This year marks RAD’s 35th Anniversary and in celebration, we’ve restored the film and re-released it in theaters nationwide on 10/14 for the first time since ’86. The release was a major success and as a result, we’ve begun to book encore screenings nationwide and wanted to let you know Rad is returning to Portland on 11/21 at the Clinton Street Theater.

We’d love to ensure the PDX bike and BMX community is aware of the upcoming encore event screening, as RAD kicked-off decades of BMX popularity and you are of course major contributors to the current scene. It’s going to be a truly RAD night! Let us know if you have any questions – for more info you can also find the film on Instagram (@rad_movie) or Facebook (@radmovieofficial). More info and tix available at: https://cstpdx.com/show/clinton-st-theater-presents-35th-anniversary-special-rad