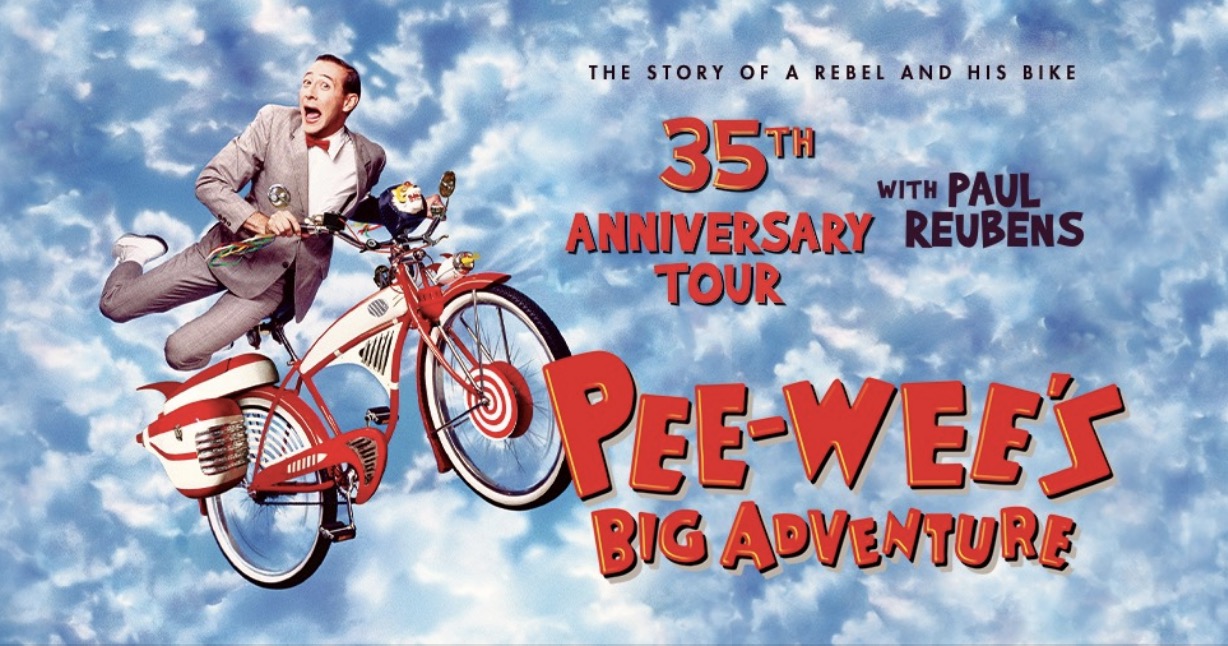 A special 35th Anniversary screening of Pee-wee’s Big Adventure, followed by amazing stories about the making of the movie told by Paul Reubens.

*** No cellphones, cameras or recording devices will be allowed at this show. Upon arrival, all phones and smart watches will be secured in Yondr pouches that will be unlocked at the end of the show. Guests maintain possession of their phones throughout the night, and if needed, may access their phones at designated Yondr unlocking stations in the lobby. All guests are encouraged to print their tickets in advance to ensure a smooth entry process. Anyone caught with a cellphone in the venue will be immediately ejected. We appreciate your cooperation in creating a phone-free viewing experience.

2020 marks 35 years since Paul Reuben’s classic, quirky sensation Pee-wee’s Big Adventure hit theaters. A critical and financial triumph at the box office, the 1985 comedy, Pee-wee’s Big Adventure, starring and co-written by Reubens grossed over $40M domestically and made Pee-wee Herman a household name. The movie marked the feature film directorial debut of Tim Burton and the first major studio film for composer Danny Elfman, beginning the now legendary filmmaking duo’s partnership which has resulted in 16 films over the last three decades. The movie is a timeless classic that continues to entertain and enthrall generations of fans to this day.

The 35th anniversary of the film is being celebrated with Pee-wee’s Big Adventure 35th Anniversary Tour with Paul Reubens. Each event will include a special screening of the film, followed by amazing stories about the making of the movie told by Paul Reubens. Produced by Live Nation, the 20-city outing kicks off February 14th in Portland, Oregon and will make stops in Los Angeles, San Francisco, Atlanta, New York and more, before wrapping March 29th in Washington, D.C.

After the breakout success of Pee-wee’s Big Adventure, Reubens went on to create, co-write and co-direct Pee-wee’s Playhouse on CBS. The series earned 22 Emmy® Awards during its five year run. Reubens has personally been nominated for 14 Emmy® Awards, with two wins.