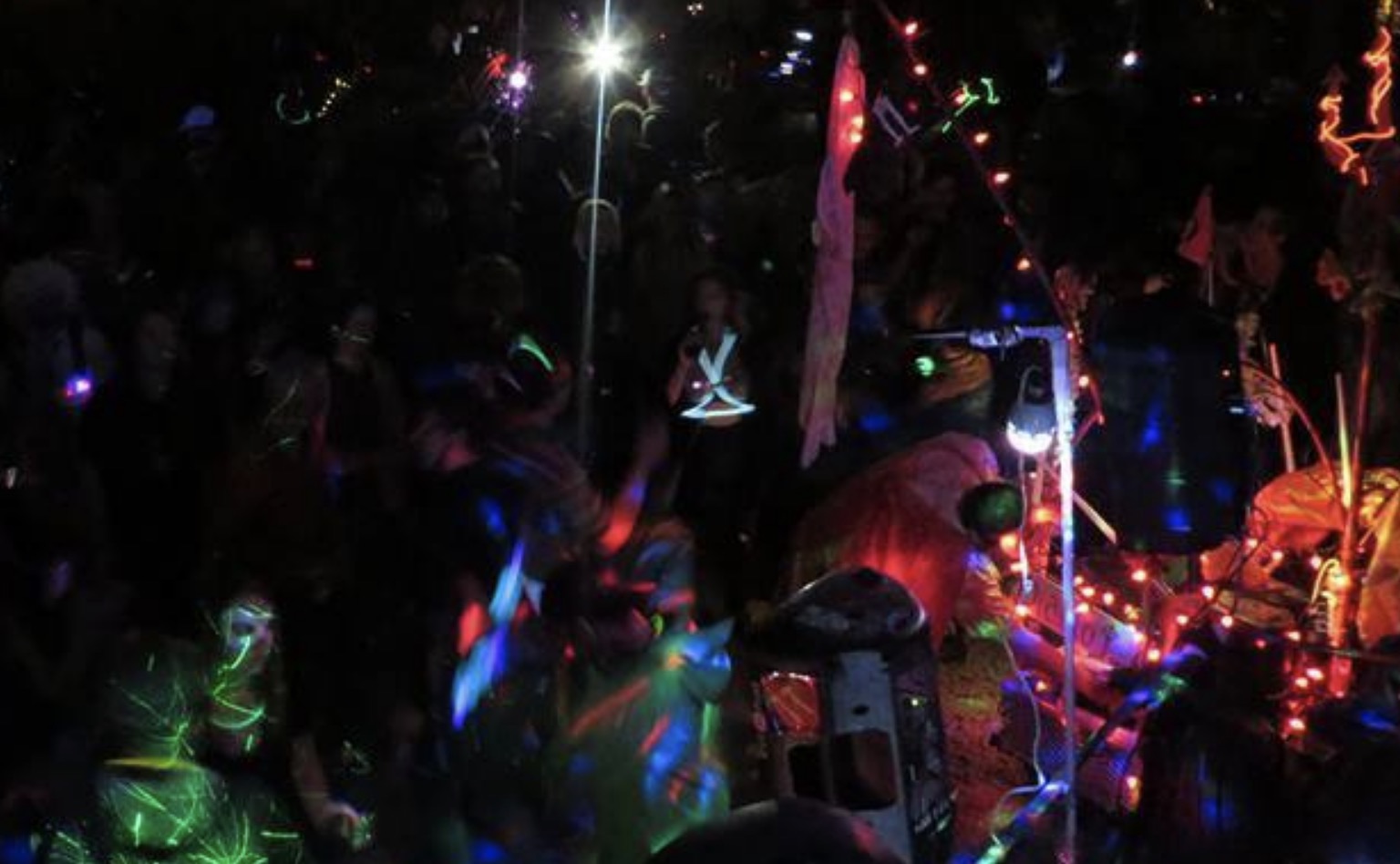 You know the deal, the biggest crazy fun bike party of Pedalpalooza, come with the loudest and most lit bicycle you can. At end spot we transformer into a massive party sound system. Dutch and Sysfail in collaboration with Rat Patrol BC.

General idea is come out in your loudest most lit bike setup and have a big cacophony of sound and lights, then at the end stop a bunch of us collaborate to transformer into a massive mobile sound system!!!

Bunch of rad DJ’s lined up!

Come prepared for good times. Safe space, don’t be a jerk. There will be no beverage stop, but the ride is big enough you can do quick run into store if needed.