Lightning In A Saddle – The Evelyn Hamilton Story 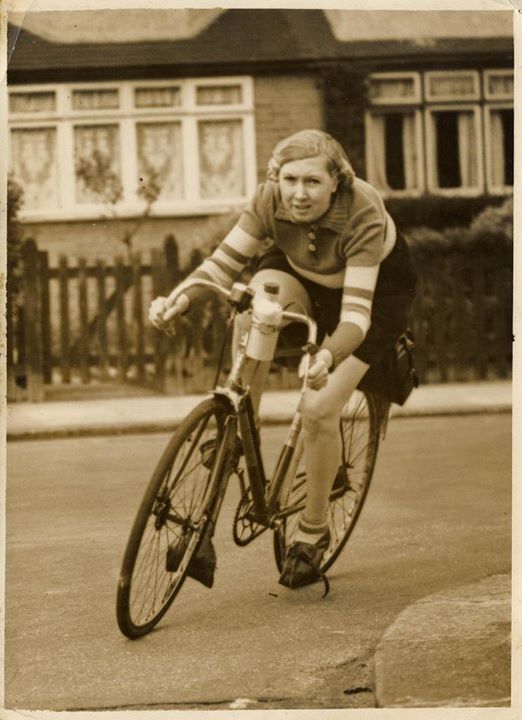 Joe Metal Cowboy Kurmaskie presents the untold, unbelievable but true story of cycling’s female Jackie Robinson meets Saving Private Ryan. A record setter barred from racing head to head with the men, she fought sexism, nazis and her own ambitions to become a war heroine and beacon of humanity. A blazing pioneer for equality and a kick ass, bad ass on and off the bike.

The long, untamed life of Evelyn Hamilton was nearly lost to the sands of time – when one photo set author and adventurer Joe Kurmaskie on a global literary treasure hunt. Three years later his screenplay’s been optioned by Alsea Entertainment, and book in progress set for 2019 release.

Hear a presentation that will blow your mind and inspire you to cycle with abandon AND fight fascism. Vintage video, private collection slides, and a lively retelling of a British emacipated warrior of cycling who literally held the fate of the world hidden in her handlebars. Q&A, prizes and surprises… and beer. More info on life and times at http://www.evelynhamilton.org Free to the public. Drinks and pre show mingle 630pm.