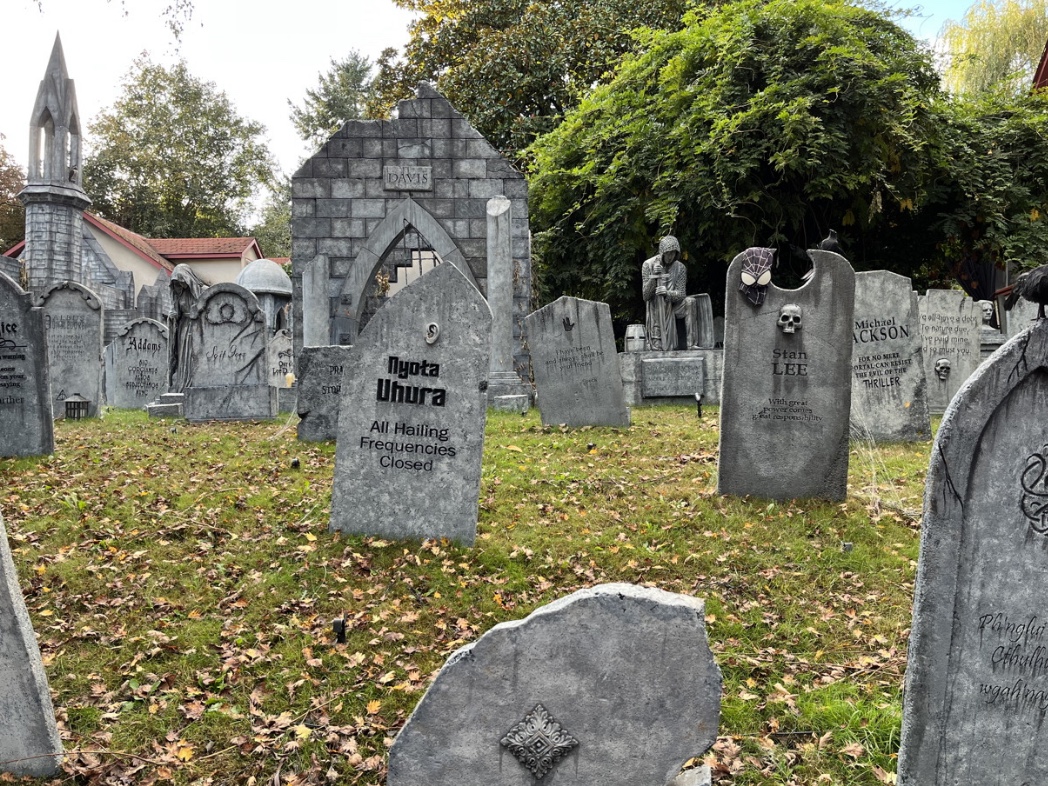 The Sellwood-Moreland, Ardenwald, and Lewelling neighborhoods are known for their Halloween decorations, so here’s a 7-mile bike ride that goes by about 200 houses recognizing Halloween. That can be anything from some pumpkins on the doorstep to entire yards filled with decorations. Two houses are so over-the-top that they have their own names “Dismal Hill Cemetery” and “The Flye Manor.” The ride ends at the free-to-view Davis Graveyard (davisgraveyard.com), which has been updated (as it is every year) with new content. For the start of the ride meet at the playground next to the swimming pool in Sellwood Park.

The 7-mile route is nearly entirely flat, and we will pause at the highly-decorated houses and at a couple spots where close to every house on the block is decorated. This bike ride is on neighborhood streets, so automobile traffic will be minimal. With all these houses to go by the pace of the ride will be slow, and no one will be left behind. The ride is not a loop, but the Davis Graveyard is just two blocks from the Springwater Corridor, and the ride leader will guide anyone interested back to Sellwood Park after spending about a half hour at the Davis Graveyard.