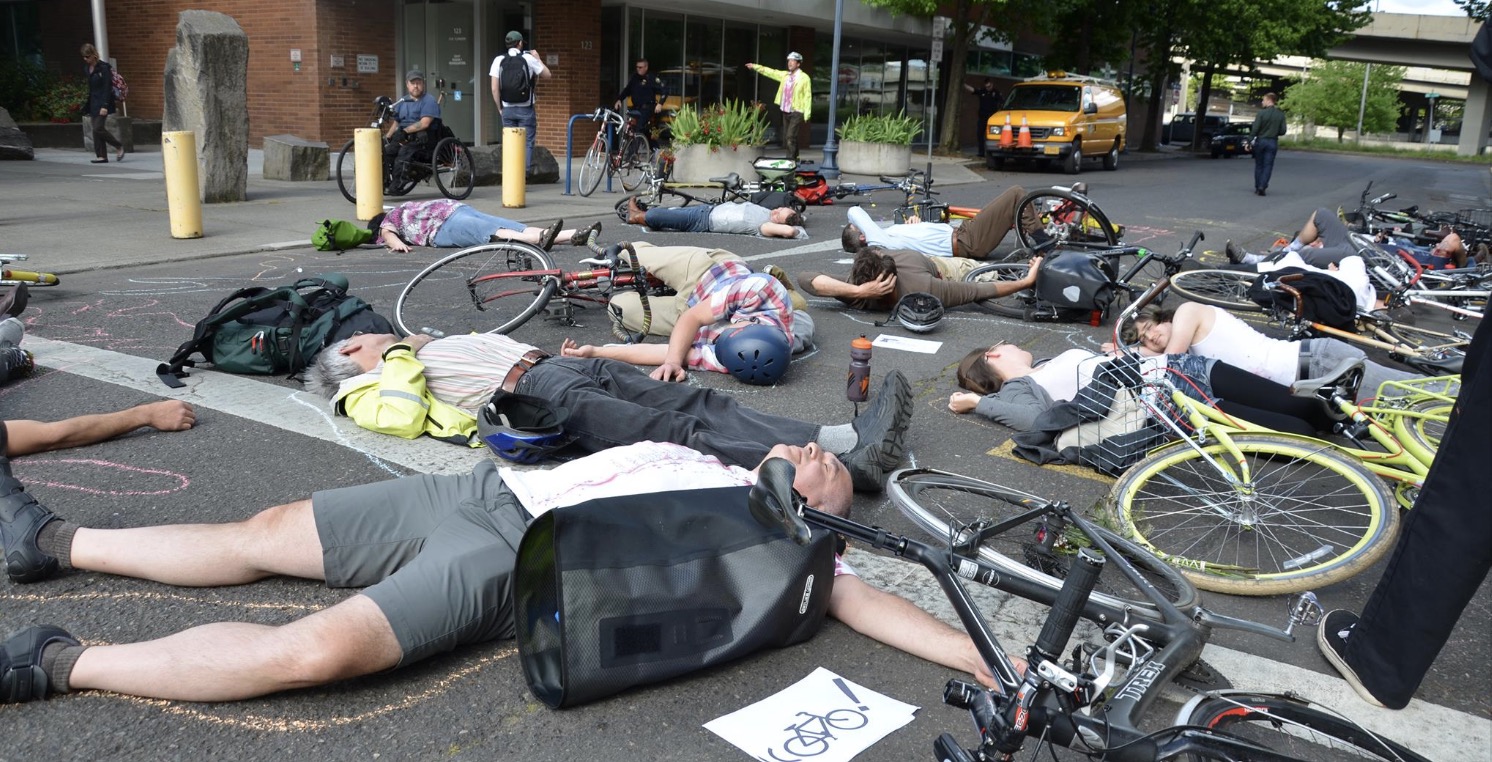 Two people riding bicycles have been killed while bicycling on ODOT highways in the Portland area in the last two months, and one girl suffered life-threatening injuries walking across 82nd Ave

The Oregon Department of Transportation (ODOT) is the agency almost completely responsible for the conditions on US 30/Lombard, 82nd, and the other Portland state highways (e.g. Powell Blvd, Barbur Blvd.) It has consistently refused to prioritize safety, prioritizing motor vehicle capacity instead. (and wants to spend $600 million widening a freeway)

This is why we are organizing a “Die-in!” at ODOT Region 1 headquarters downtown. We will show the deadly consequences of ODOT’s priorities by acting as the dead and wounded victims of crashes on US 30. Please bring a white shirt that you are willing to have stains on if you are able; we will bring fake blood!

More info about ODOT:
We believe ODOT, with its focus on auto capacity and transport between cities, is the wrong agency to control arterials within cities.

ODOT has consistently prioritized auto capacity over lives. This is why these streets have narrow, substandard, unprotected bike lanes and dangerous crosswalks. How many lives does it take to be worth a few seconds or minutes?

The problems on ODOT-controlled streets are not isolated to 82nd and US 30. Indeed, bike lanes are few and poorly maintained, and marked crosswalks are few and far between.

This is why we are calling on the state legislature to pass a bill to transfer 82nd and the other urban state highways in Portland to the control of the City of Portland. We are also calling on ODOT to prioritize funding to bring US 30, 82nd and the other urban state highways up to standards minimally sufficient for city life (speed limit enforcement, protected bike lanes and crosswalks). The City’s Bureau of Transportation, though not perfect, is at least more directly responsive to local safety concerns than ODOT.

This protest organized by BikeLoudPDX