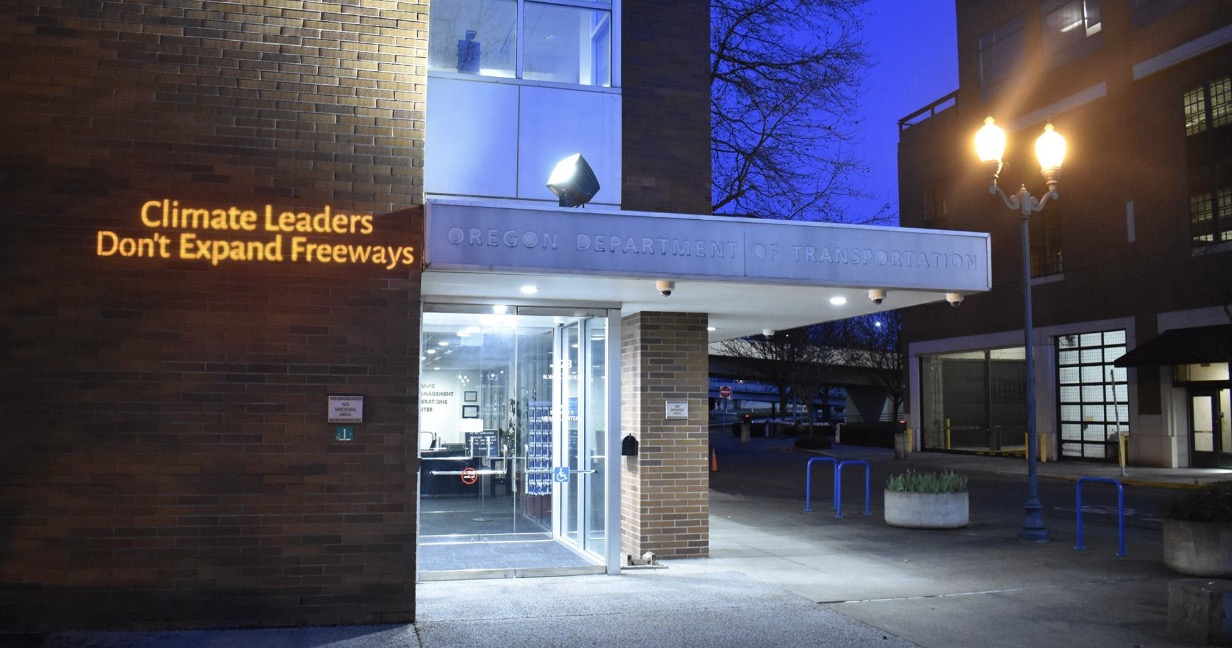 Next month, members of the Oregon Transportation Commission will be voting on whether to move forward with their existing plans for the Rose Quarter Freeway Expansion or instead conduct an Environmental Impact Statement (EIS). An EIS has been demanded by dozens of prominent politicians and community organizations, but ODOT instead is ignoring our demands that the agency reconsider freeway expansion in a time of climate change, air pollution, and demand for meaningful investment in transit, biking and waling.

So let’s make sure ODOT can no longer ignore us.

Sunrise PDX and No More Freeways will be hosting a demonstration at ODOT’s headquarters this upcoming Tuesday, December 10th asking Governor Kate Brown, Portland Mayor Ted Wheeler, and members of the Oregon Transportation Commission to stand up for climate leadership and demand a more rigorous study of the climate, air pollution, and congestion impacts of the proposed $500 million Rose Quarter Freeway Expansion.

Please join us for cider, holiday carols, and a brief presentation with speeches from leaders of Portland’s local climate justice movement. Stay tuned for more information on our rally – in the meantime, save the date, invite your friends, and hope to see you in the streets standing up for climate justice!

Learn more about our campaign at www.nomorefreewayspdx.com.