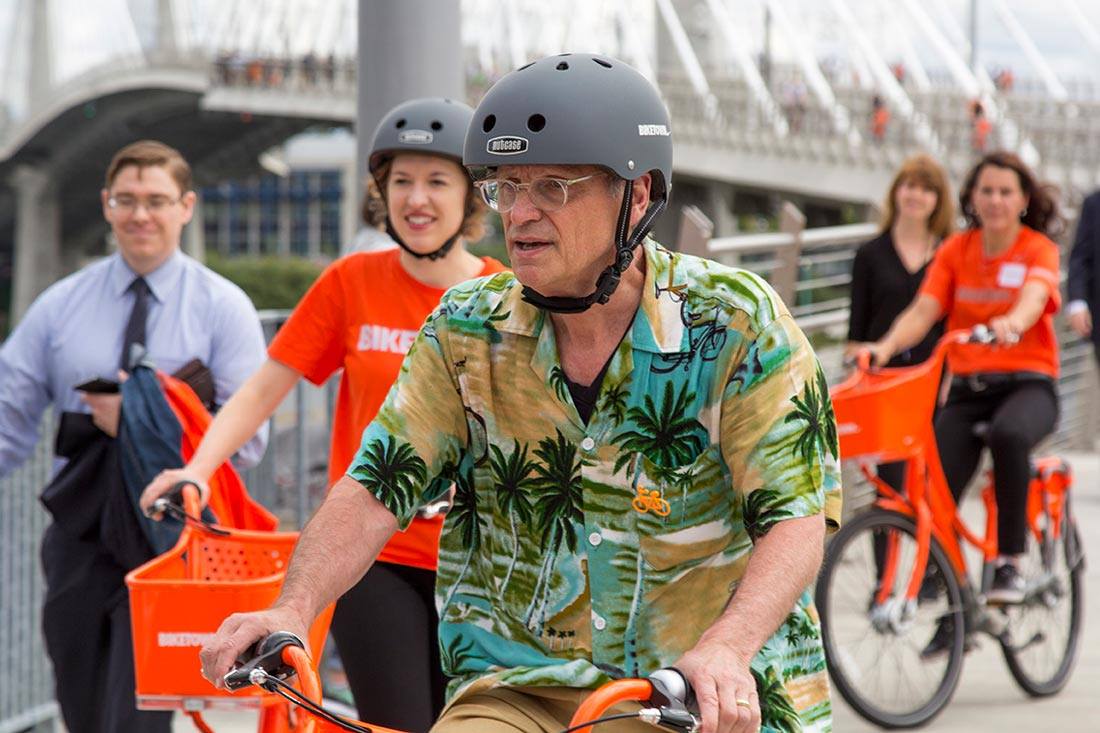 Two years ago we launched Portland’s bike share system to a lot of great fan fare but none so great as our much adored and sartorially significant Rep. Earl Blumenauer participating in a really laid back Hawaiian print shirt. It kind of says it all we think and it’s summer so we should all chill out a bit.
Let’s party!

Join us at WeWork’s newest space in the Power and Light Bldg at 920 SW 6th Ave. for a BIKETOWN member’s only birthday party.

We’ll have delicious snacks, complimentary beverages, a sneak peak at the Northwest and Southwest Design Challenge bikes to be released at Sunday Parkways as well as a beautiful terrace to enjoy and fun swag bags (while they last).

Hawaiian shirts strongly encouraged. We’ll have a few at the photo booth just in case though.