The Malecón in La Paz, Mexico is the public space Portlanders dream about 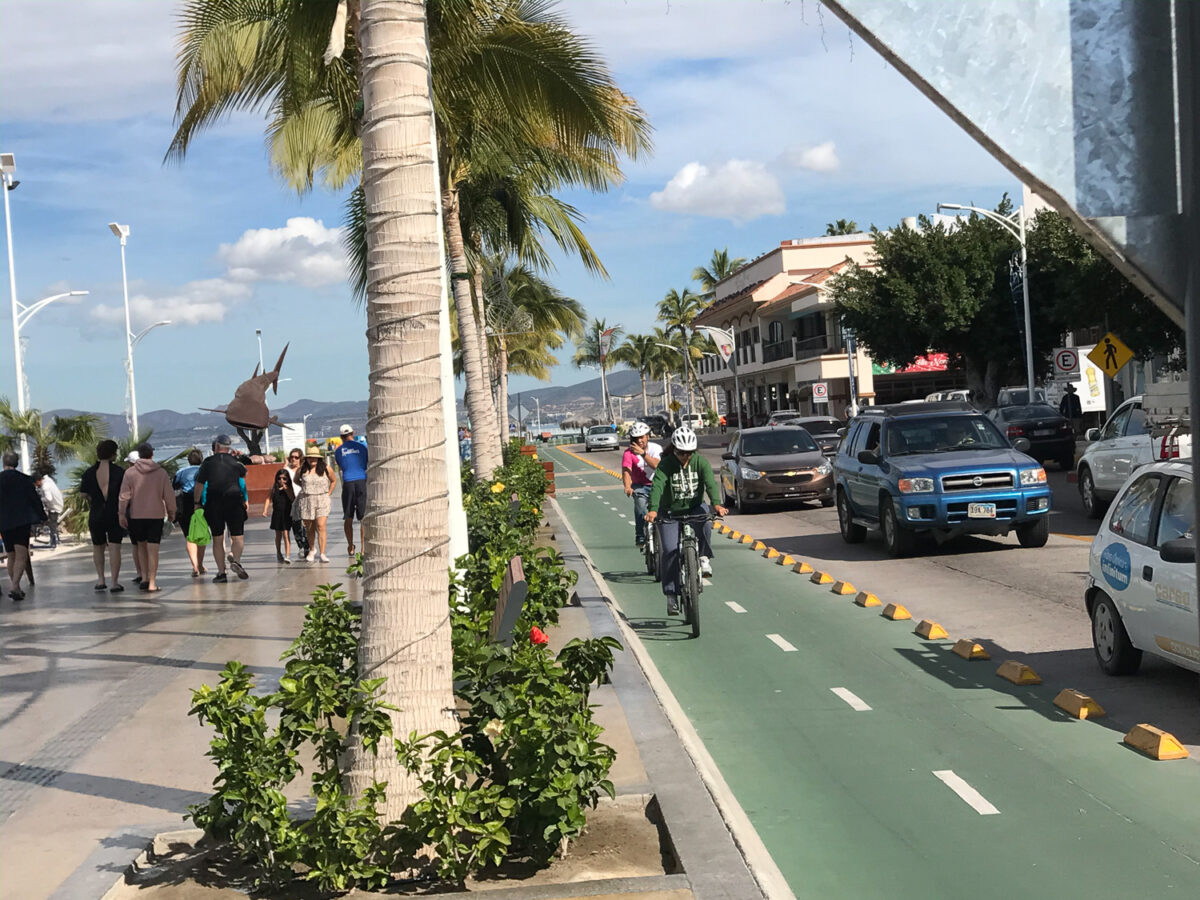 I try to not think about work while on vacation, but I couldn’t help think of Better Naito and Waterfront Park while I was in La Paz, Mexico with family over winter break. The reason? A dreamy piece of public space known as the Malecón.

Luxuriously smooth concrete, a place for biking, lots of hidden nooks to hang in, and they even have their version of Mill Ends Park. 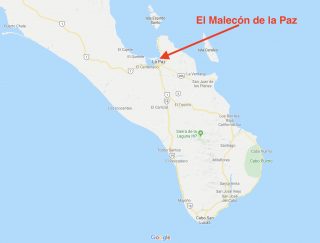 The Malecón (English for promenade or sea wall), is a three-mile stretch of Paseo Alvaro Obregon along the edge the bustling city of 250,000 in Baja California Sur 90 miles north of Cabo San Lucas. On a map the Malecón separates La Paz’s downtown and commercial zone from the Bay of La Paz and Sea of Cortez, but in real life the space brings the city together. During our week there it was full of life everyday and became my favorite place to hang out. It’s easily one of the best examples of human-centered seaside infrastructure I’ve ever experienced.

Held up against Waterfront Park and Naito Parkway, there’s really no comparison. Here’s why: 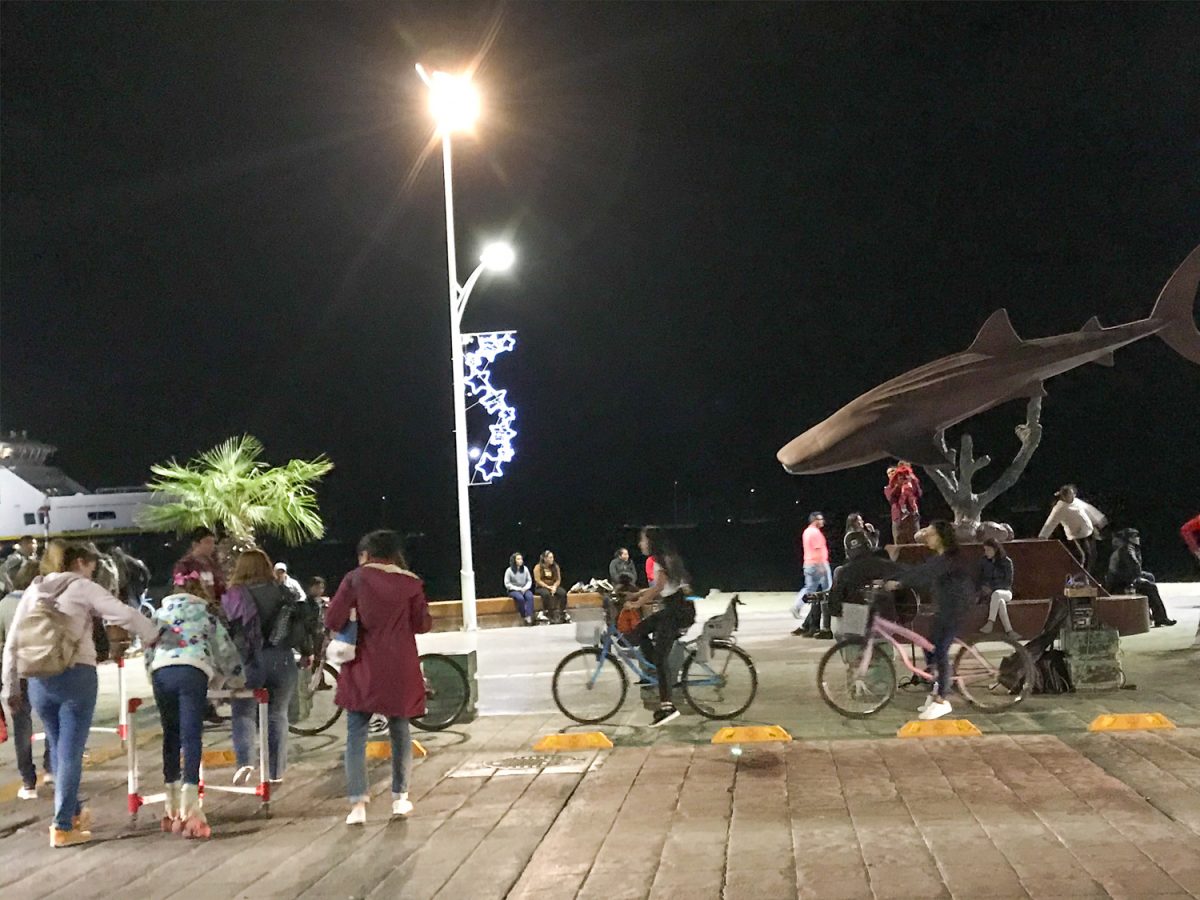 Carfree spaces are the goal, but when you can tame the speed of drivers to 15 mph and below, every public space becomes 100% better. And guess what, where people don’t threaten others with big and dangerous vehicles, families soon follow. I was overjoyed to see so many people of different ages and statures on the boardwalk and bikeway. Multiple generations of families walking hand-in-hand, tiny kids being taught how to ride with an elder by their side, teenagers roller-blading and skateboarding, young couples in love.

Unlike Naito Parkway, drivers on the Malecón rarely if ever go above 15 mph. Usually it’s even slower than that because it’s more of a place to cruise.

Beyond safe traffic, the Malecón is an inviting place because it’s very well-lit and there are many programmed spaces that feel welcoming at all hours of the night. There are almost 200 benches, lots of little niches to claim, and spots where you can choose to be on display or have privacy.

In constrast, Waterfront Park is separated from downtown by a wide, multi-lane road where people routinely drive well over safe speeds. The park itself is mostly just grass and darkness that — outside of Portland Saturday Market and large festivals in the summer — can feel scary and uninviting at night.

The materials and finish are world-class

In the last 10 years the Mexican government has made significant investments in the surfaces and furnishings. They recently replaced tile pavers with a polished concrete surface that looks great and feels luxuriously smooth. On October 2019 they had a big celebration to toast the latest $10 million in upgrades that included new plazas, lighting, a grand gazebo, intriguing sculptures, and more.

Everything feels and looks top-notch, which tells users that the space is respected. I find that when people feel spaces are built with respect for their experience, they respect the spaces more.

One of the coolest spaces is at the Malecón’s northern end. A BMX park has been built in the middle of the street with bikeways running along either side.

While drivers and their cars are still more present than I’d hope (idling pickups next to the ice cream shop’s tables is no fun), the proximity between the boardwalk and the city itself felt wonderful. In Portland, I feel like Waterfront Park is so far away from “downtown” because of the way we’ve allowed development to happen along (and on) Naito Parkway.

And as much as I love Better Naito for its carfree cycling space, it’s separated from other people walking on the riverfront path. If there’s one rule of public space design, it’s that people crave proximity to other people (even if they don’t admit it). I’d rather see bicycle riders adjacent to walkers (with ample separation through design of course) than car drivers. 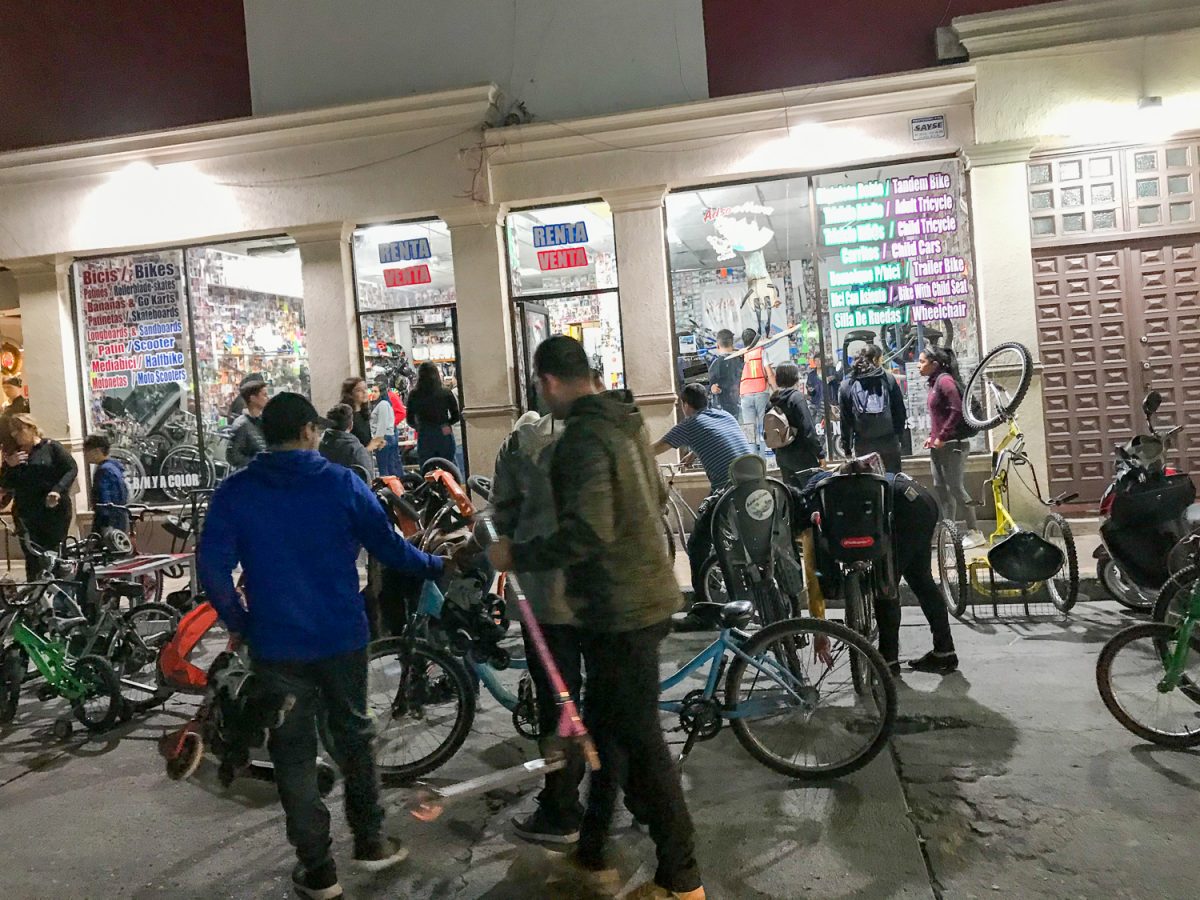 Just off the Malecón was this mob scene at a bike/stake/scooter rental place.

Portland has a lot of planning goals. We should add another one: An ideal number of people in major public parks and spaces. It was so exciting to be at the Malecón at night. One time on a clear and warm evening it was just packed with people (in a good way). One one block just off the boardwalk we came to a storefront that was abuzz with activity. There were bikes and people on them everywhere so I instantly perked up. I thought maybe a huge, critical mass type ride was starting. Turned out to be a rental shop that was mobbed with customers. From bikes to trikes to skates and scooters, people were grabbing anything they could find that had wheels on it. There was a palpable eagerness to hit that smooth concrete and get rolling on the Malecón ASAP!

The bikeway isn’t as wide as it should be, but it works for now. It’s a two-way path, painted green with yellow curbs separating it from auto users. To give you an idea of how much pride La Paz residents have in it, every morning I would see work crews sweeping sand out of the bike lane by hand.

Toward the northern end of the bikeway it moves into the center of the road. To get it safely across they’ve installed right-angle turns for bicycle users and — most importantly — serious speed bumps for auto users. Portland’s speed bumps are sort of a joke to me after driving over the ones in La Paz. The small but mighty bumps demand that you come to almost a complete stop and they’re preceded by a series of small metal bumps in the road that act as rumble strips.

When the center-running bikeway crosses an intersection, engineers have made it raised up above the road for added safety.

You can quibble with the design, but you can’t argue with the results. People use it. From friends on a rental tandem and people just getting where they need to go, to serious racers out for training rides (which La Paz has in large numbers), it was always in use.

With its success cemented, the Mexican government plans to keep expanding the Malecón and making it better. By this spring another 1.6 mile. $2 million extension will open. I can’t wait to check it out next time we go.

55 Comments
« Comment of the Week: The problem with inconsistent, “chaotic” street design
The Monday Roundup: Cities without cars, The Paris Way, headwind cycling, and more »