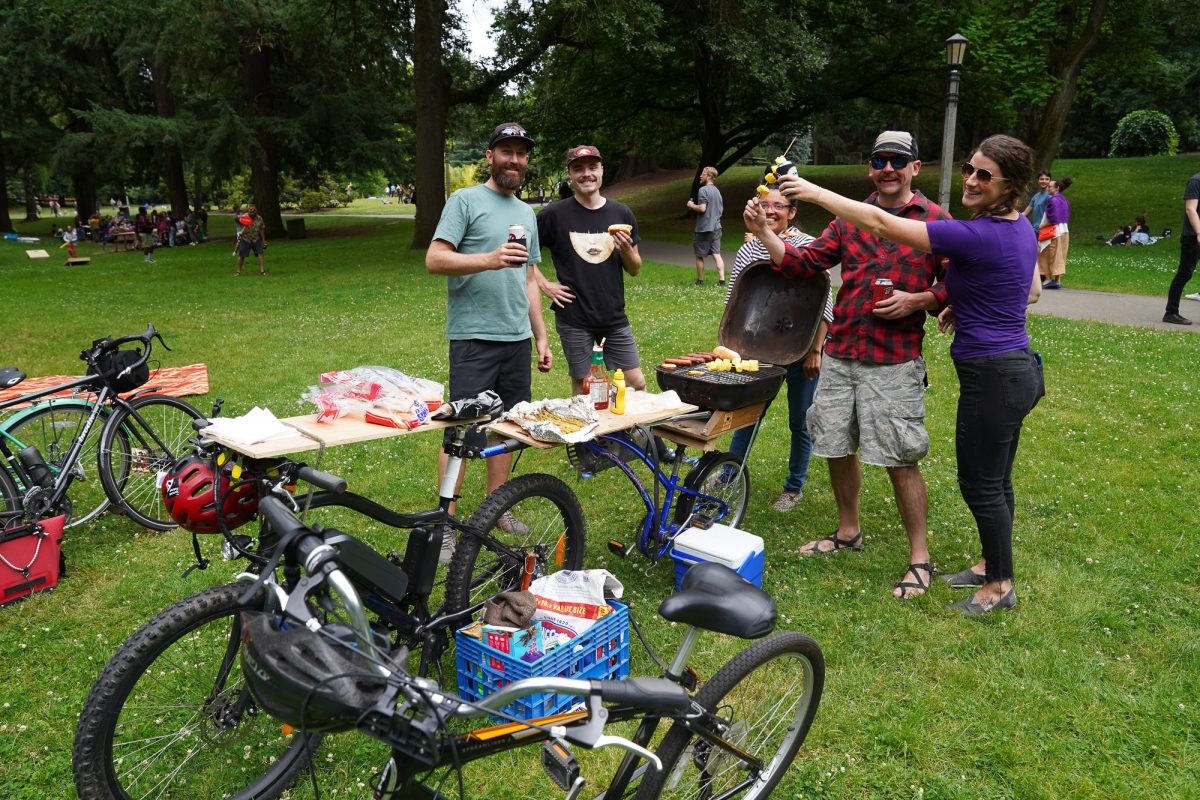 Pedapalooza might be officially over, but memories live on (and we’ve still got photos to share!).
(Photos: Eric Thornburg/no.lens.cap on IG)

There are many aspects of living in a bike-friendly city that are never captured in myriad annual lists and rankings.


One example is the number of people who can cook a meal on their bike and/or have a fresh-cooked meal anywhere they park it. In Portland that number is growing thanks to the popularity of Grilled by Bike.

We first shared word of this fun trend in 2015. Since then, interest in taking grills from the backyard to the bike lane has only gotten stronger. 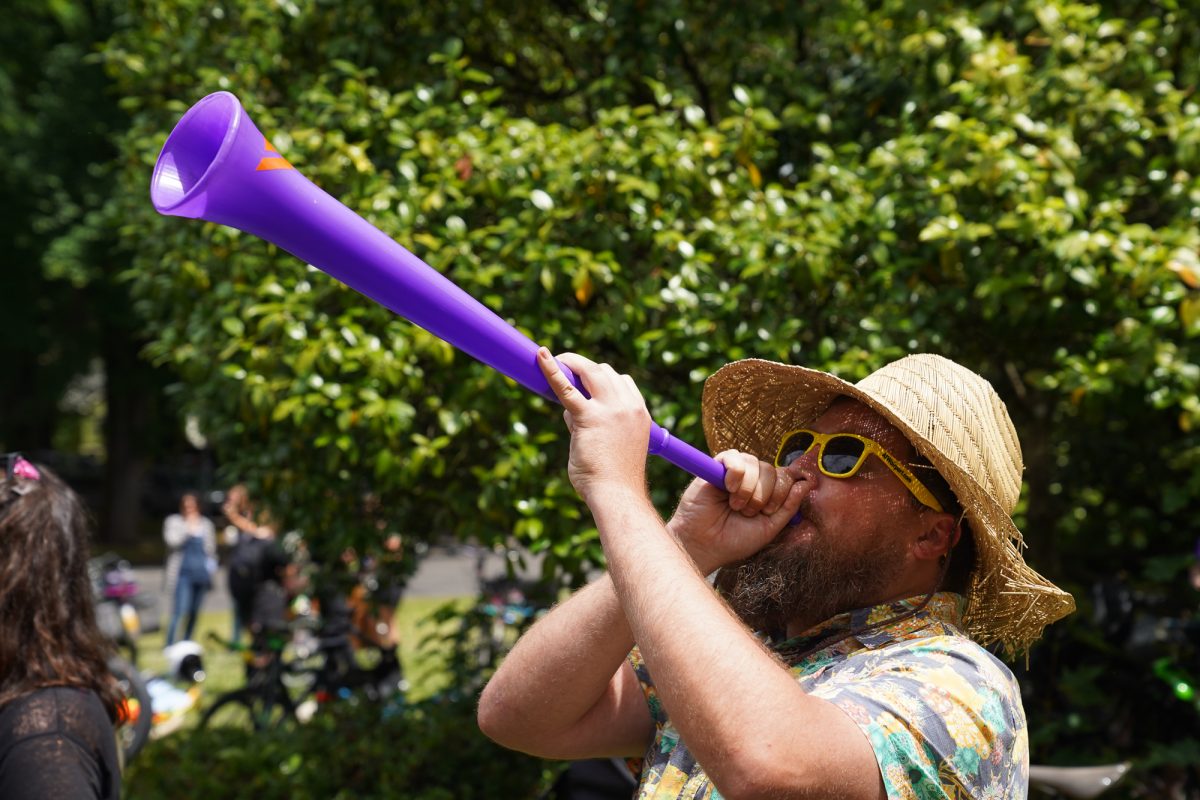 People showed up with a number of set-ups. There was a grill in back of a tricycle under an umbrellaj, a ‘BBQ Battle Cart’ in a trailer pulled behind a Surly, and a basic fold-out table with a hibachi on top, just to name a few. And while burgers and brats were popular grill items, there was also vegan pigs in a blanket, Dutch oven brownies, pineapple, and more.

Local bike club The Belligerantes are the pioneers of Portland’s grill-by-bike scene, having started the trend in the mid 1990s. 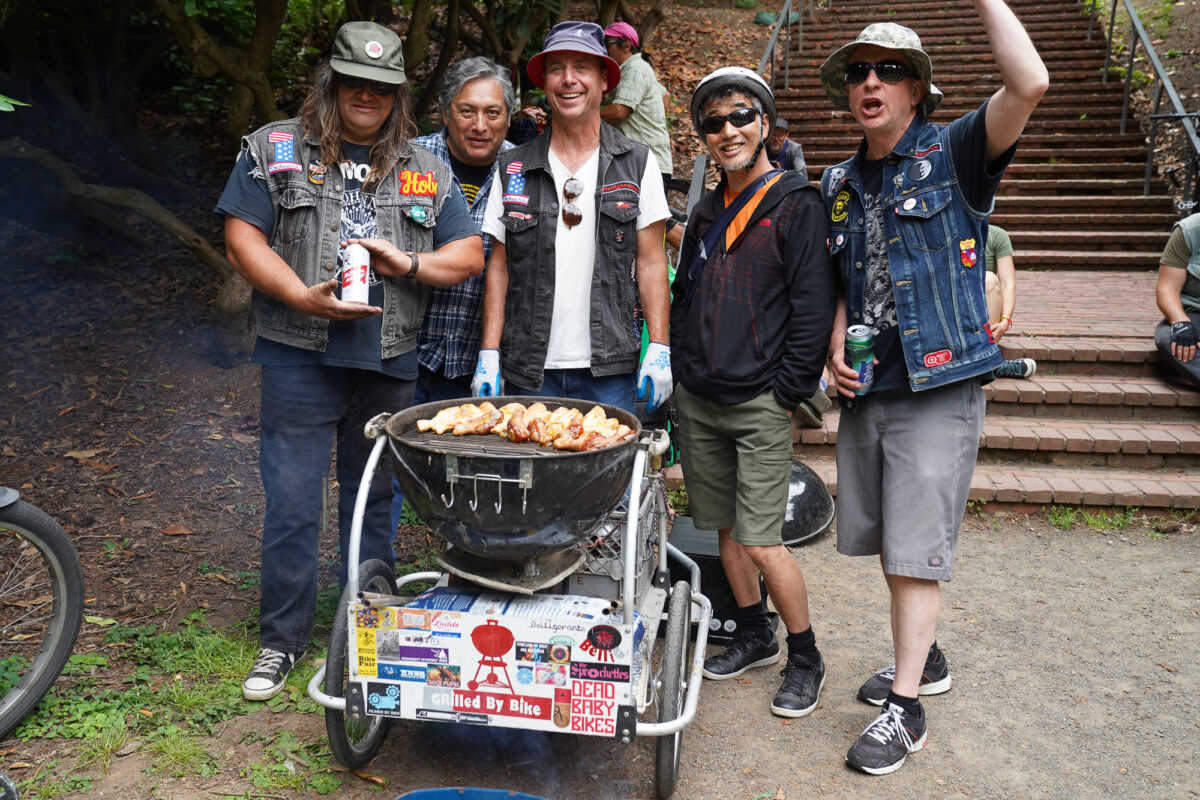 The Belligerantes are bike grilling legends.

Want to get in on the action? Join Grilled By Bike Club on Facebook.

These photos brings back very good memories – back when I saw my first Weber grill trailer (~2004?) by The Belligerantes, THEY always widen my bike mental horizon during THE Pedalpalooza (& Bike Summer / Mini Bike Summer)!

Chemicals in Meat Cooked at High Temperatures and Cancer Risk

Thanks for the coverage BP and great photos as always Eric T! Love the comments 🙂

Burning fossil fuels and adding to the CO2. This should be a raw vegan event to cut down on climate change.

But that’s an ebike

The above comments are classic BP. Outstanding work, everyone.

You and Todd didn’t get the memo? Fun is no longer allowed. It causes too much cancer.